Monkey Mia is effectively a holiday resort right on the beach. People mostly come here to see the wild dolphins which we were so excited about seeing the following morning.

After un packing the van, we all got checked into our rooms. Miles and I had a really lovely room which felt completely luxurious after the ranch the previous night. I think I stood under the shower for a good hour – just because I could.

We decided to have a little wander around the resort and a walk up the beautiful beach before meeting up with the rest of the group to enjoy a few drinks out in the final rays of the sun – it really was lovely. 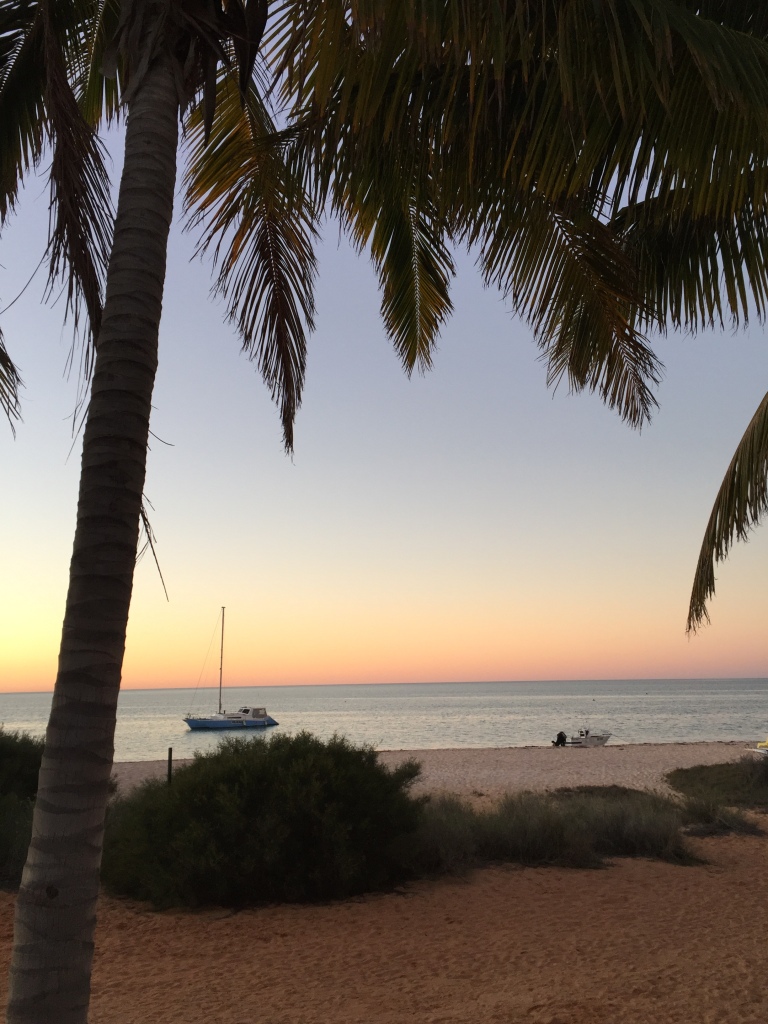 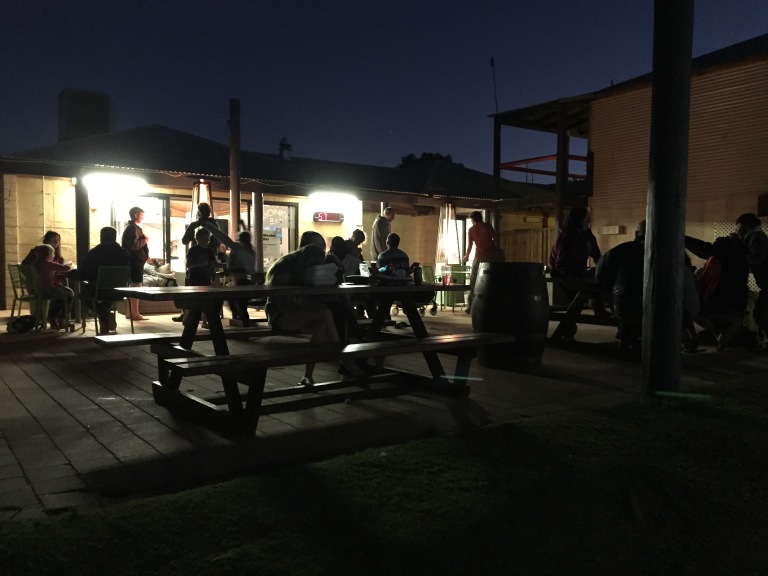 That evening we all set about preparing a meal of fajitas which we all sat outside in one of the courtyards to enjoy – perfect food after a busy day!

In the evening, after a few more drinks out with the group, Miles and I grabbed a couple of beers and sat out on the beach after the sun had gone down. It really was such a lovely evening.

The next morning we woke up super early and made our way down to the beach for about 7.15am to witness, not only the sunrise, but what makes Monkey Mia so famous – the bottlenose dolphins! 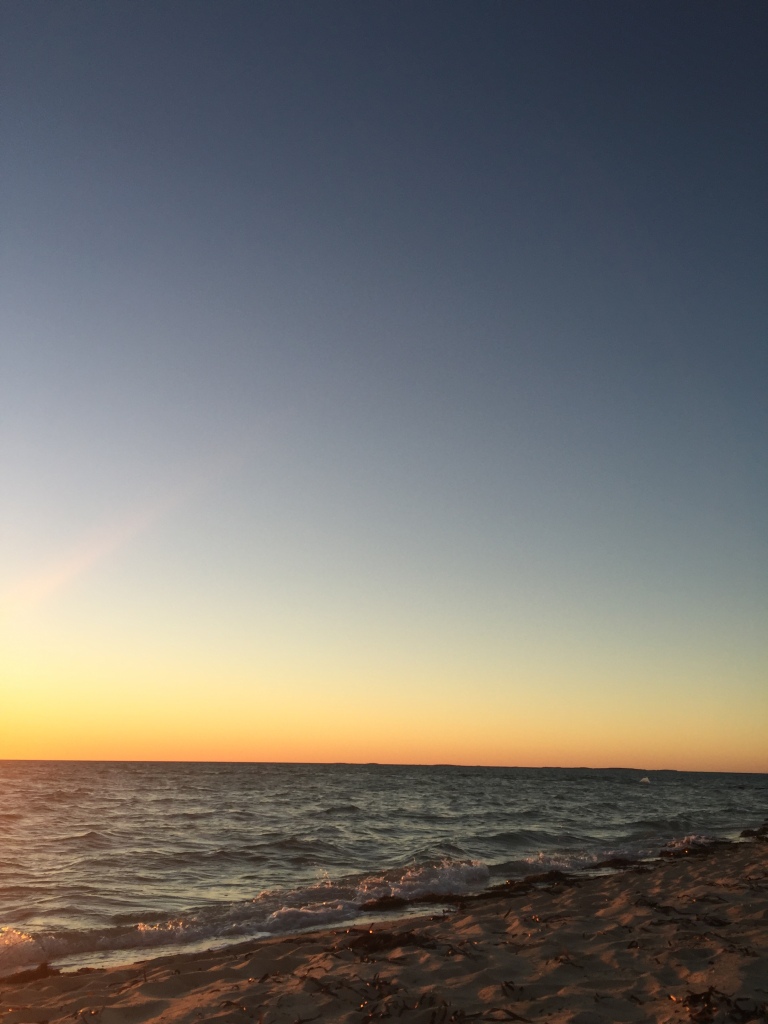 Back In the 1960s, a fisherman and his wife living in the area began feeding the dolphins when returning to the land with their fishing catch. As news of the dolphins coming inshore spread, visitors started to come to see them which soon led to the existence of the holiday resort that is now Monkey Mia. These days, a small pod from a larger super-pod regularly swim to shore up to three times a day to be fed. On average seven or eight dolphins regularly visit, with up to 20 others visiting less frequently. Apparently it can take several years before they gain the confidence to approach. Park rangers closely supervise the interaction and hand out fish to selected visitors, often children, to hand-feed to the dolphins. Due to strict management only five adult dolphins are fed, with no more than 10% of their daily dietary intake – this is to ensure the mother dolphins don’t become reliant on the humans for their food and continue to feed their calves.

We managed to get fantastic positions on the beach, and waded into the shallows where the dolphins practically brushed up against our legs. It was amazing to be so close to these animals in the wild. Unfortunately, none of our group were selected to actually feed the dolphins but it was a fantastic experience none the less and one that was certainly worth waking up early for! 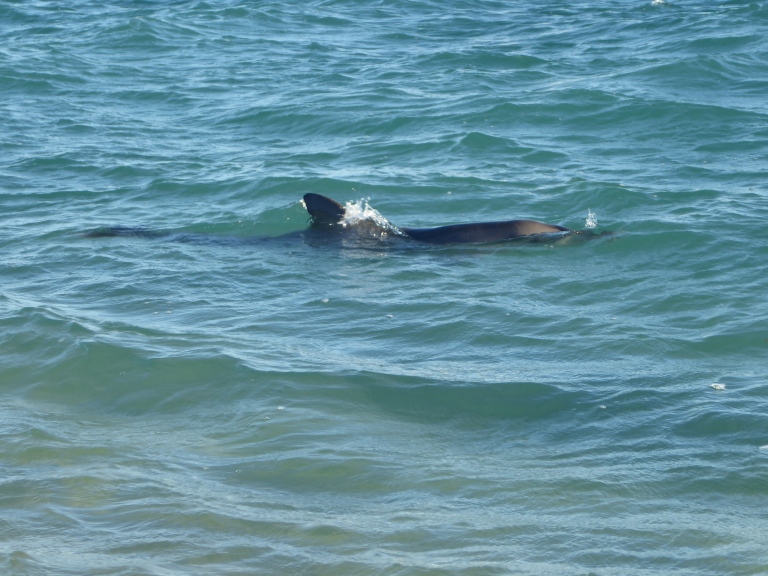 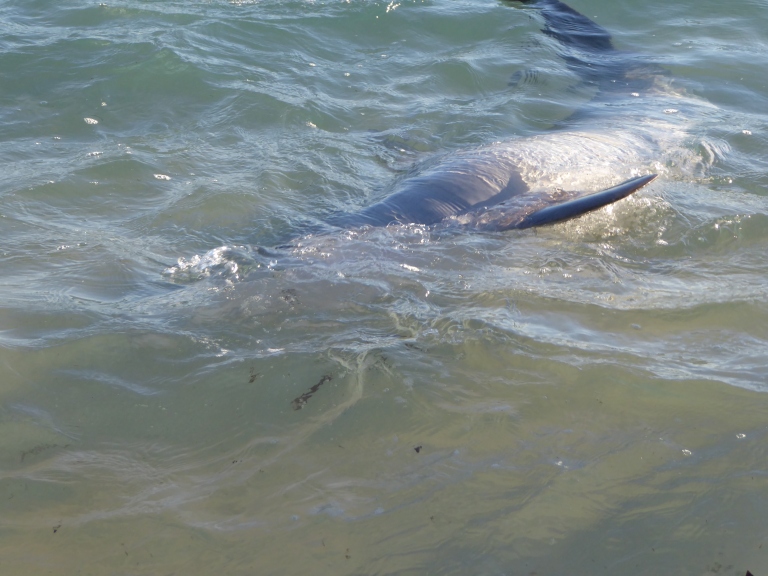 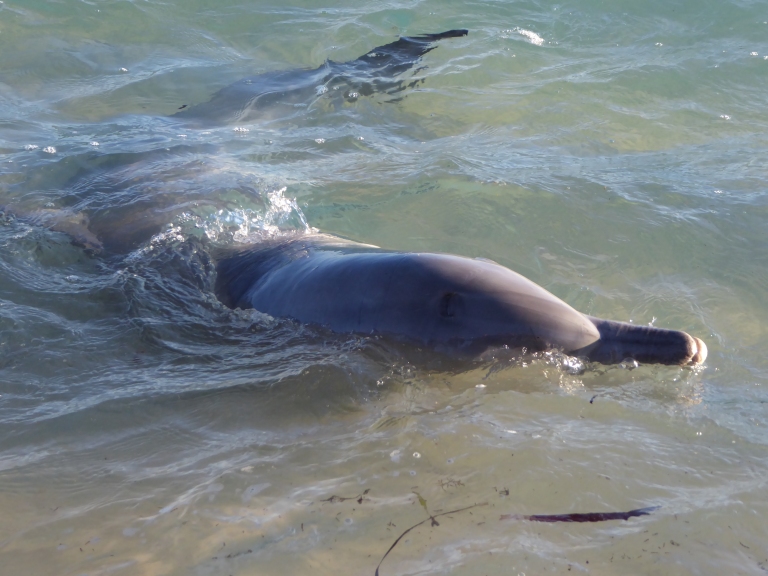 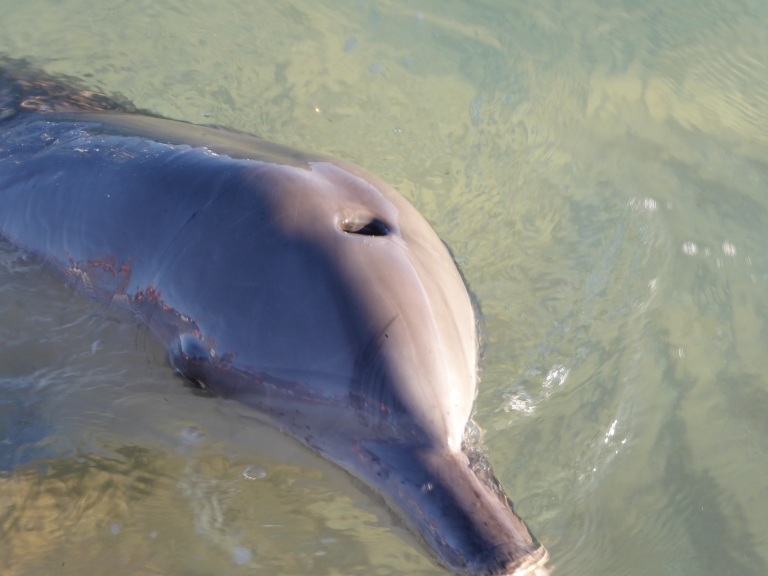 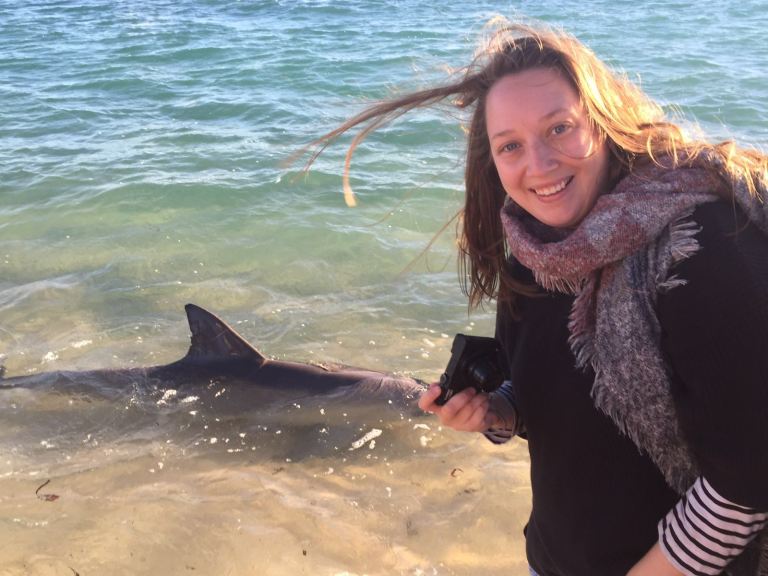 Have returned from the beach we all took full advantage of the incredible breakfast on offer in the resort’s restaurant and thoroughly enjoyed the buffet and unlimited coffee before heading back to the van and hitting the road.

Today we had a long six hour drive ahead of us to our destination of Coral Bay, however we did make one final quick stop off before leaving the Shark Bay area – the stromatolites at Hamelin Pool.

Due to all the saltiness of the waters in the Shark Bay area it is the perfect environment for single-celled Cyanobacteria or blue-green algae to flourish, as predators such as chitons and snails can’t survive in these waters. The Cyanobacteria build structures called Stromatolites. On the surface of those structures colonies of up to 3,000 million bacteria form a layer of slimey biofilm, trapping sediments that react to calcium carbonate to form limestone. This is a slow process and to grow to their current mushroom shaped, rock-like dimensions has taken Hamelin Pool’s Stromatolites thousands of years. 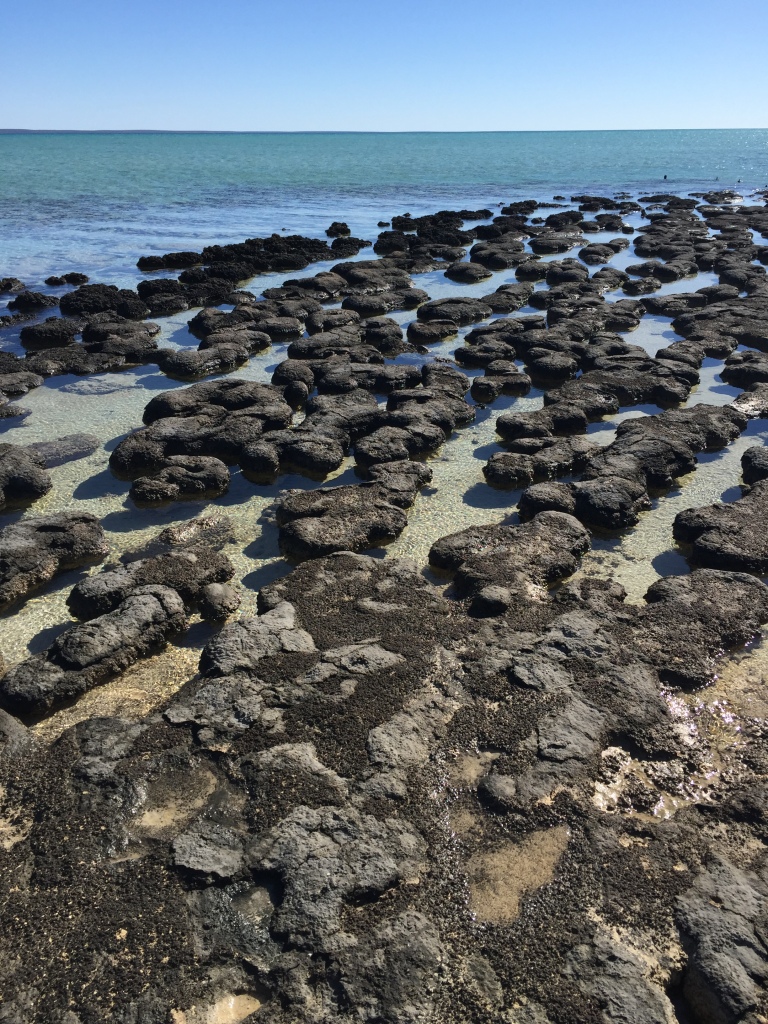 The marine stromatolites found in Hamelin Pool considered to be the best example of their kind found in the world! Although it was initially hard to understand what stromatolites were when visiting the pools, there was some super interesting information around the walkways which  helped explain these phenomenons. It’s pretty mind blowing to think that when you are looking at these, pretty non descript, rock formations, you are essentially witnessing the very bottom of the evolutionary chain of life.

With low tide the stromatolites don’t give the impression they are teeming with life and look more like a field of black lava. Interestingly the aboriginal Malgana people, who are the traditional owners of Shark Bay, aptly named Hamelin Pool ‘Boolagoorda’ meaning black water or black bay, and refer to the rocks as their ancestors.

After spending some time admiring the pools, we hopped back on the road for a long drive ahead to our next location – Coral Bay!