On our last morning in Brisbane we grabbed a final breakfast at our hotel before checking out and making our way across to pick up our trusty campervan. We will be travelling from Brisbane all the way down to the Great Ocean Road (a total of 1,300 miles) over the course of three weeks so this is to be our home for the foreseeable future!

After a quick runaround the camper we were off and hitting the road down towards Mudjimba to meet up with Johnny and Kelsey. 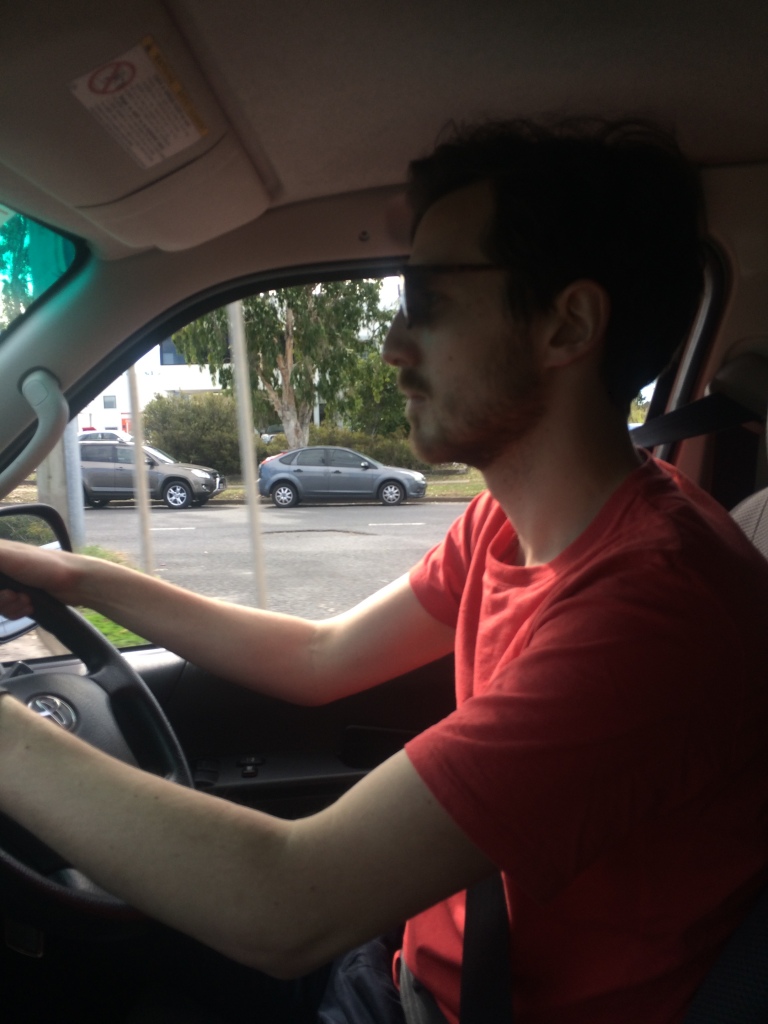 When Miles went travelling 10 years ago he travelled down the east coast of Australia with three friends from home; Ollie, Jack and Johnny. Johnny left the boys in Brisbane to go embark on some work and it’s safe to say he never came home! He met his American wife Kelsey in Australia and they now live here with their two year old son Ezra. It’s pretty crazy to think that Miles hadn’t seen him in 10 years since they said goodbye in  Australia during their gap years!

We arrived in Mudjimba, a suburb on the Sunshine Coast, at around 4pm and we all made our way to their local beach for some chips and to watch the sunset. It was so beautiful and so crazy to think they had this amazing place right on their doorstep. Kelsey and Johnny are both keen surfers so assured us that they came down here everyday. Ezra was the chattiest little two year old and kept us all amused with his favourite phrases like ‘oh wow’ and ‘yummy yummies’. 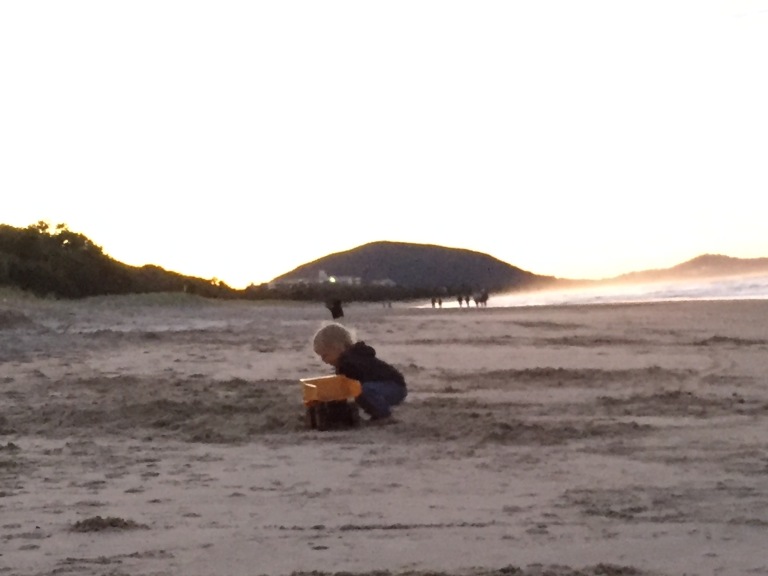 That evening Kelsey made us a delicious dinner and we all caught up before watching a couple of episodes of Brooklyn 99 and heading to bed. It was such a nice chilled out evening.

The next morning Johnny was working so Miles and I decided to hop back in the camper and make our way up to the town of Noosa which is about half an hour north of Mudjimba. We stopped off on the way at the little town of Peregian for a spot of breakfast on the beach. 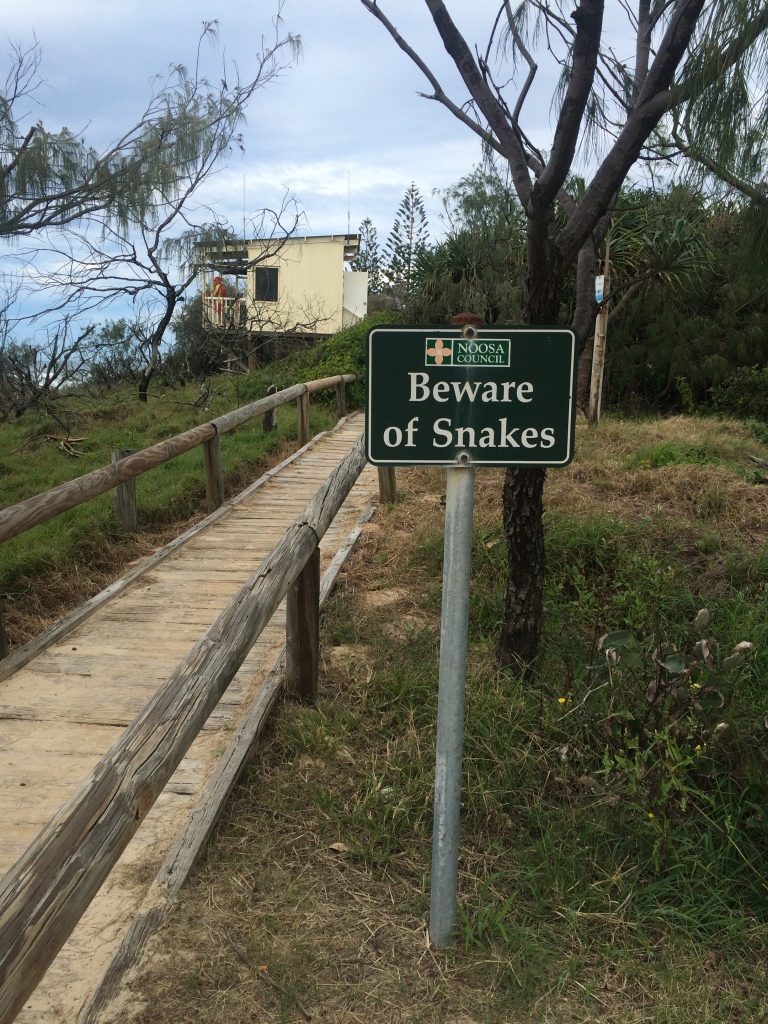 Noosa is definitely part of the backpacking trail and I was a bit gutted to miss it on the way down to Brisbane so I was really please that we managed to squeeze in a visit. Miles had been here before but his memory of the town was pretty blurry after all these years.

We parked up in the Noosa National Park and embarked on the coastal walk across the Noosa Heads which was absolutely stunning. It took a couple of hours there and back but was so worth it for the scenery. This is supposedly the place to see wild koalas hugging the eucalyptus trees but annoyingly we were unlucky here and didn’t see any! We did however finish the walk with cricked necks from constantly looking up at the branches! 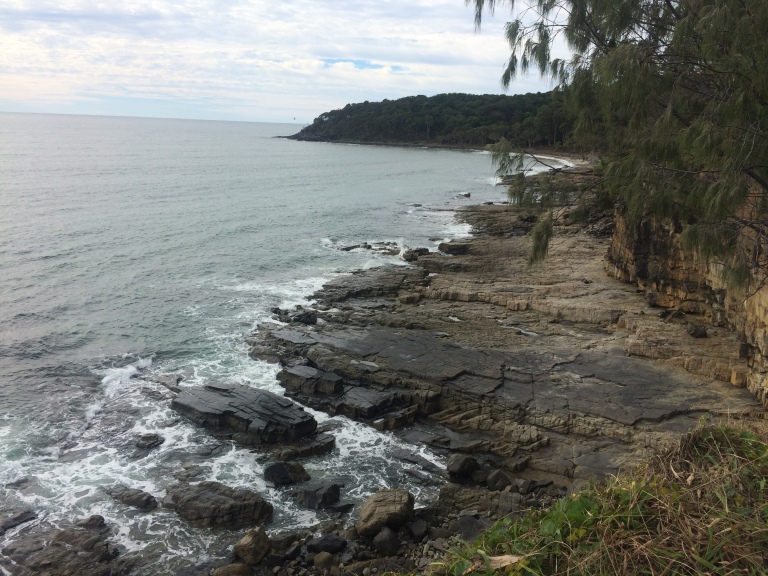 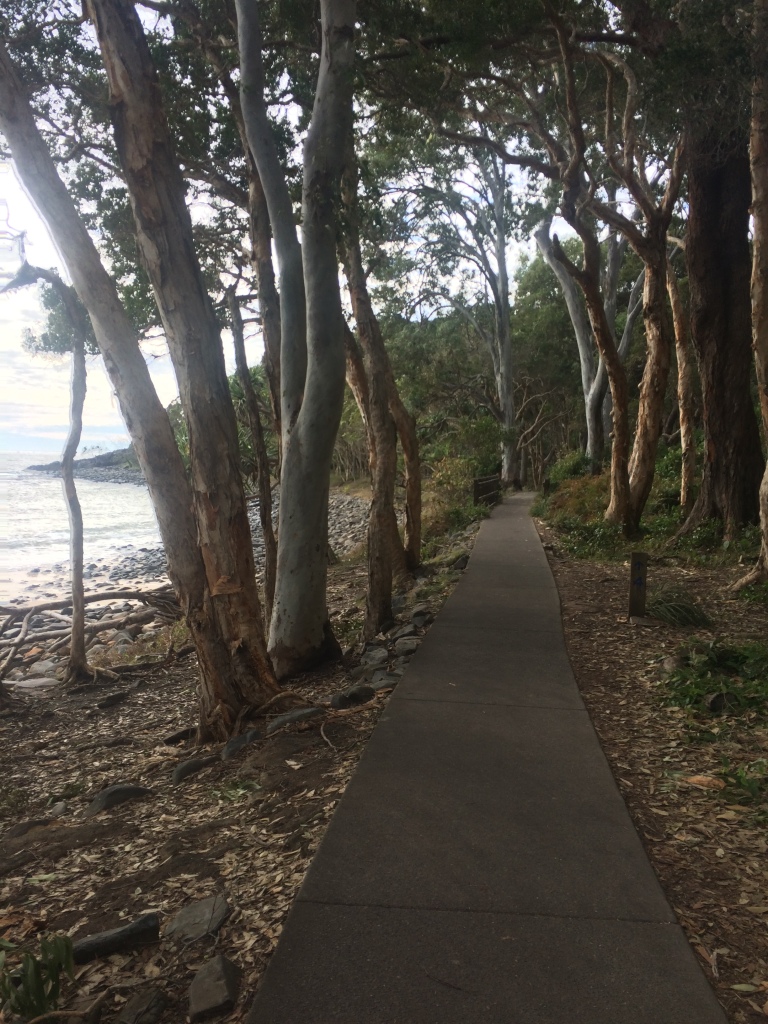 After finishing the coastal walk we nipped a little further inland for a walk around one of the forests which was amazing. Still no koalas. 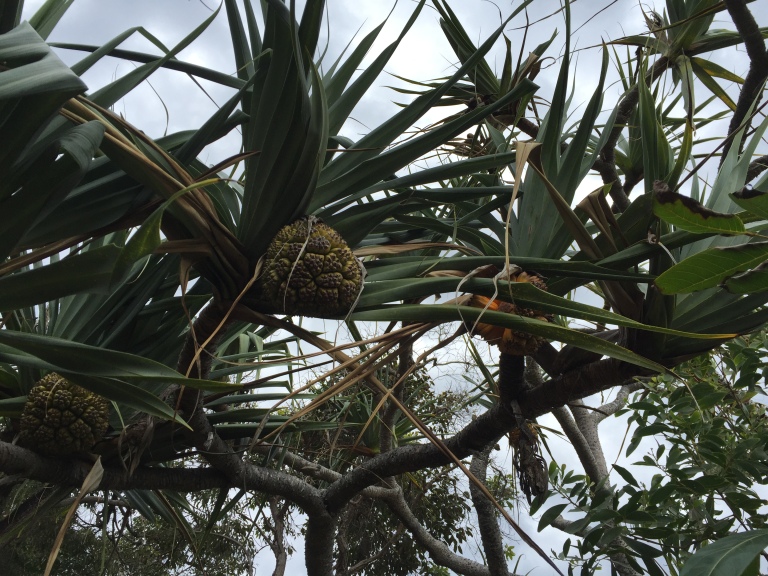 We headed back into the town and grabbed a quick lunch before hopping back in the car and driving back down to Mudjimba.

Johnny and little Ezra were back at the house when we arrived. The four of us hopped into Johnny’s car and made our way across to the Buderim falls This was a pretty cool walk along a boardwalk through the rainforest. We soon came to the end of the boardwalk and went off piste across the rocks and down to the waterfalls. I of course fell over and scraped one leg, grazed the other and bruised my feet. That’s me – always maintaining an air of cool during outdoor pursuits. 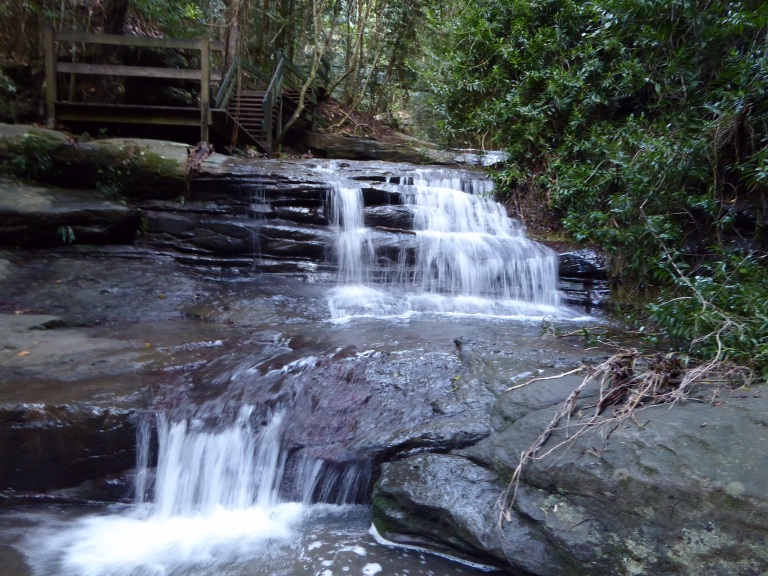 After the walk we headed back to the house and had an amazing curry made by Kelsey. It was the State of Origin game that night against Queensland and New South Wales. We all sat and watched that which was great fun. 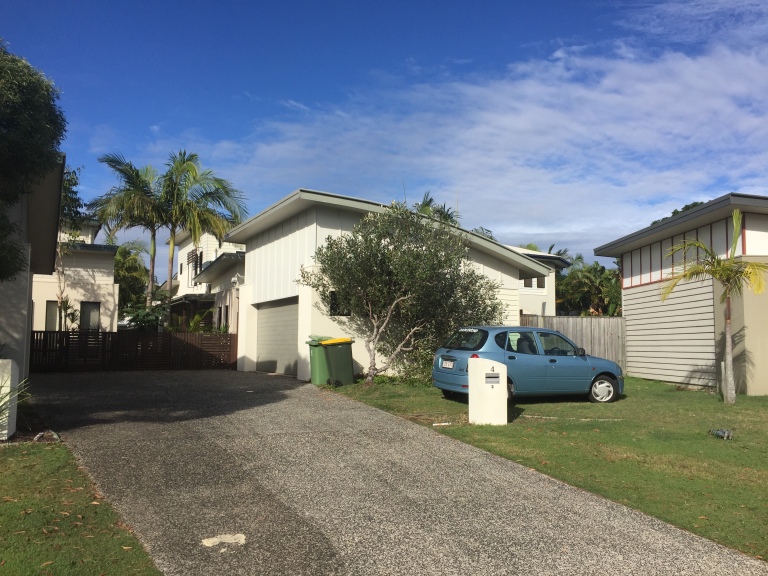 The next morning we all woke up pretty early, hopped in the cars and made our way to Maloolaba via the Island for a quick coffee.

Maloolaba is a beautiful seaside town which apparently is where everyone from Brisbane comes up to for their holidays – it’s easy to see why, it was pretty stunning. We walked up along the coast line and made our way out to a rocky inlet. We sat here for quite a while nattering away and playing with Ezra on the rocks. 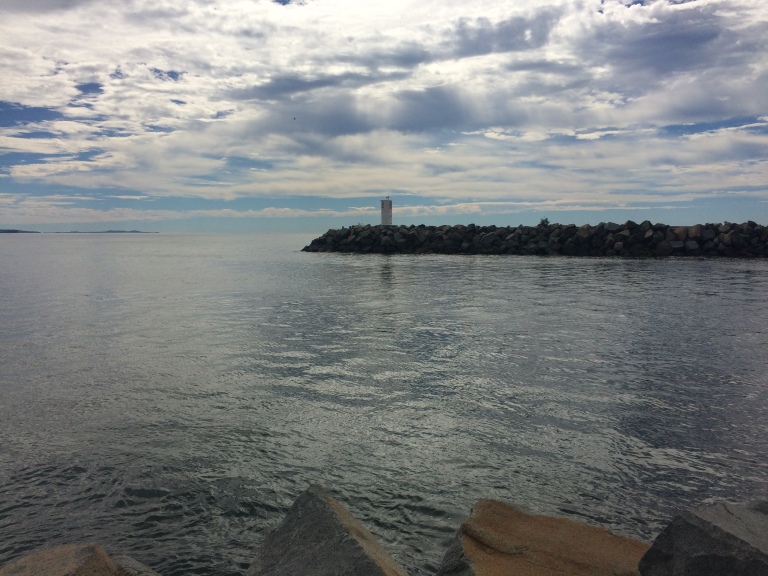 We soon headed back to the cars and made our way across to the upmarket beachside town of Caloundra where we stopped off for lunch at the Burger Shack.

Stuffed, we decided to walk off our burgers by taking the boardwalk along the shore. We hopped off and onto the beach and tried our best to find a crab for Ezra (we half succeeded but no amount of poking with a stick would pry this very angry crab out of its hiding hole). 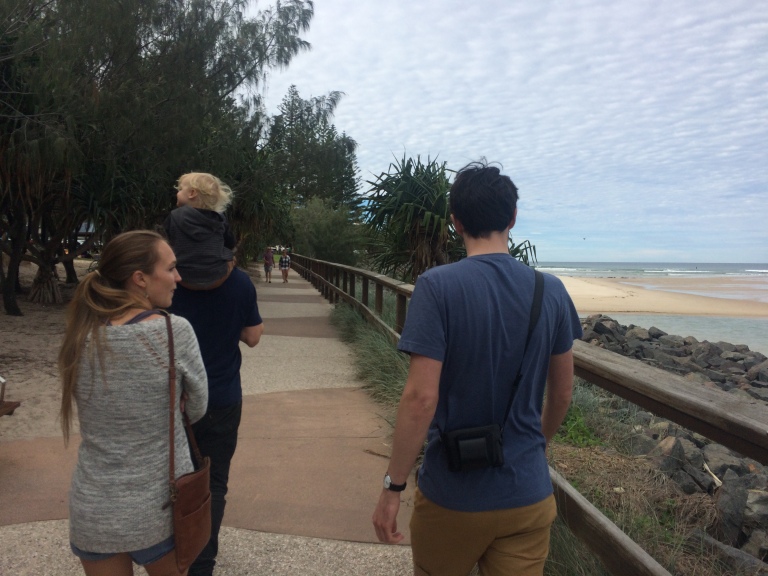 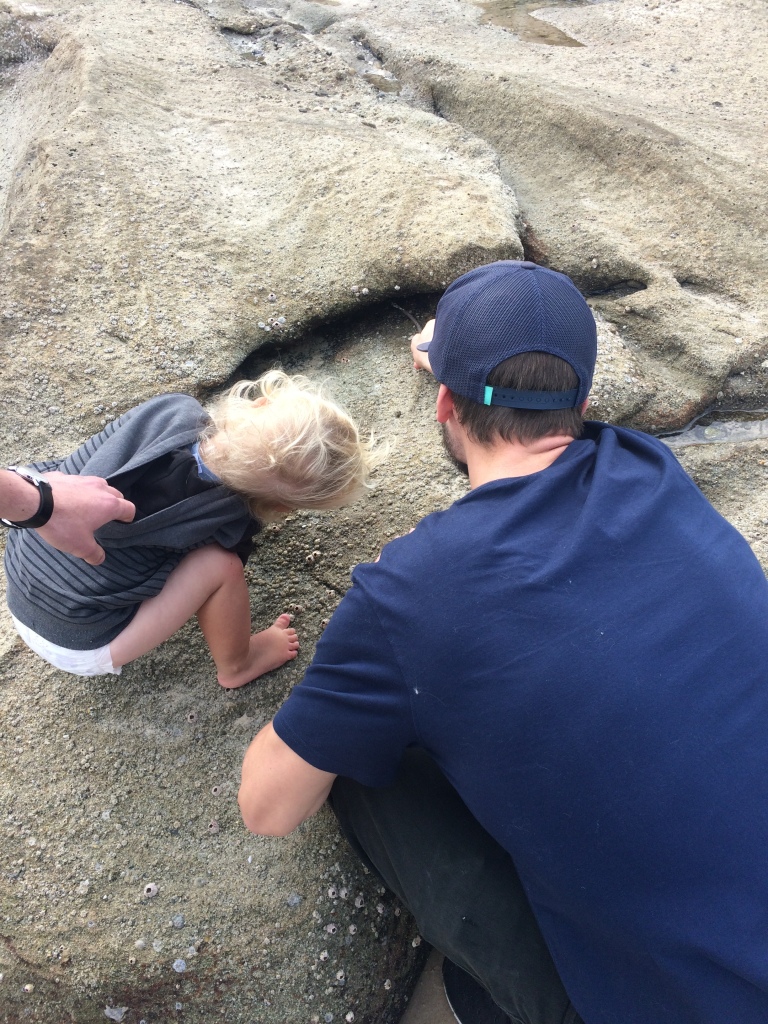 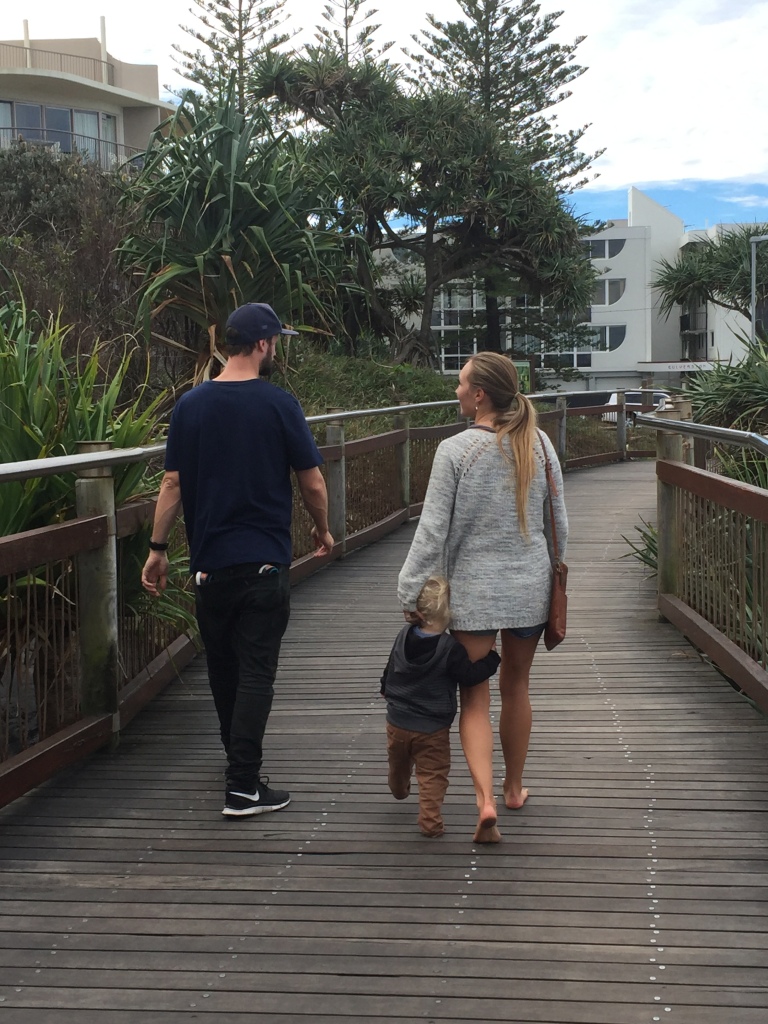 Soon it was time to say goodbye to Kelsey and Johnny and hit the road again. It had been so lovely spending a few days with them all – hopefully it won’t be 10 years until the next time!!