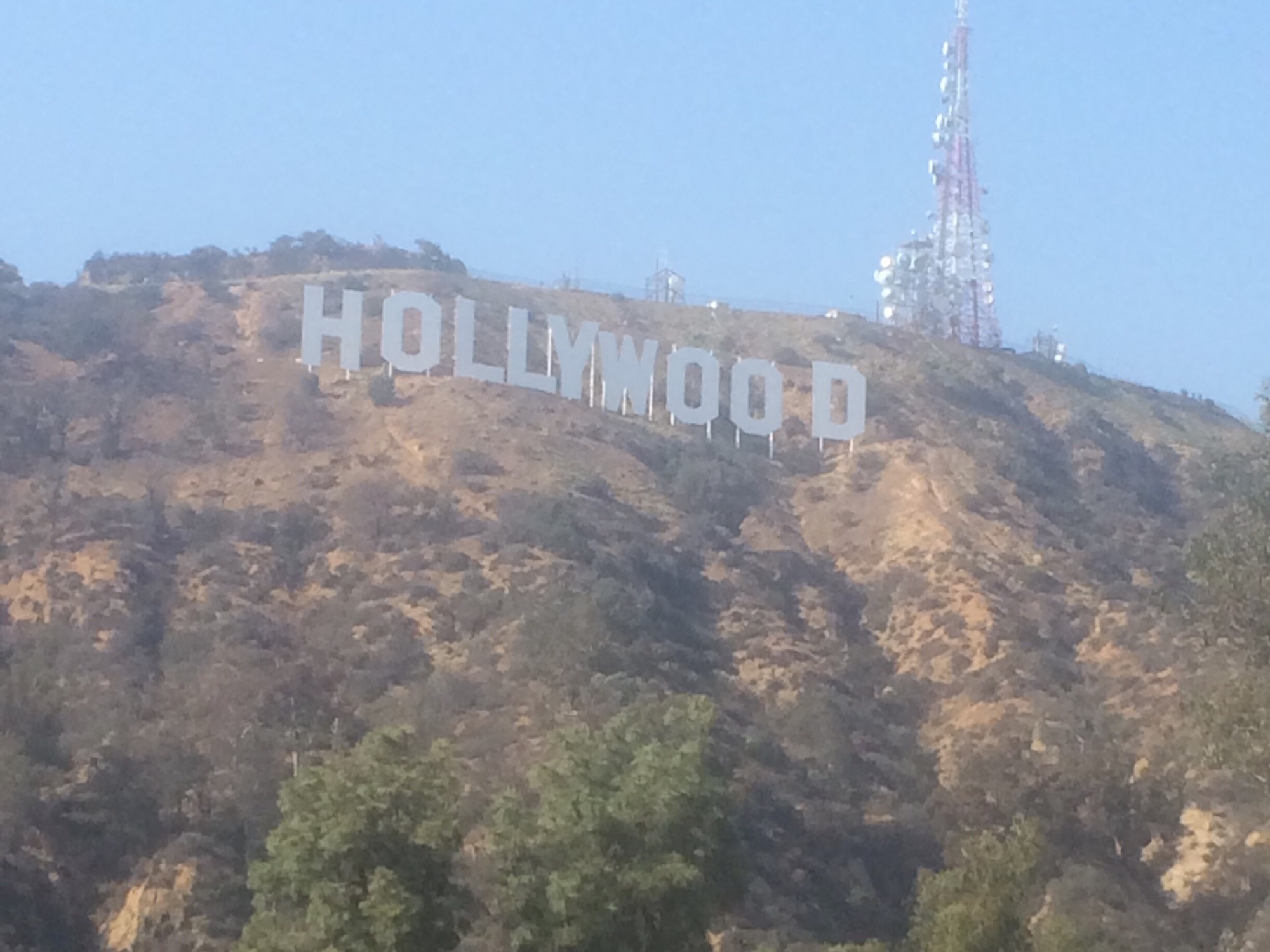 After a couple of hours drive down the never ending beauty of Route 1 we drove through Malibu (no sign of Pamela much to Miles’ disappointment) and arrived at our next destination of Venice Beach, LA. Venice is such an interesting boardwalk full of fascinating characters – it’s amazing for people watching. We wandered up past Muscle Beach, took in the displays at the skate park, wandered across the beach and enjoyed the sights and smells of the area. There seem to be a lot of so-called ‘Green Doctors’ in the area if that’s any indication of the sort of people you might find enjoying the delights of Venice. 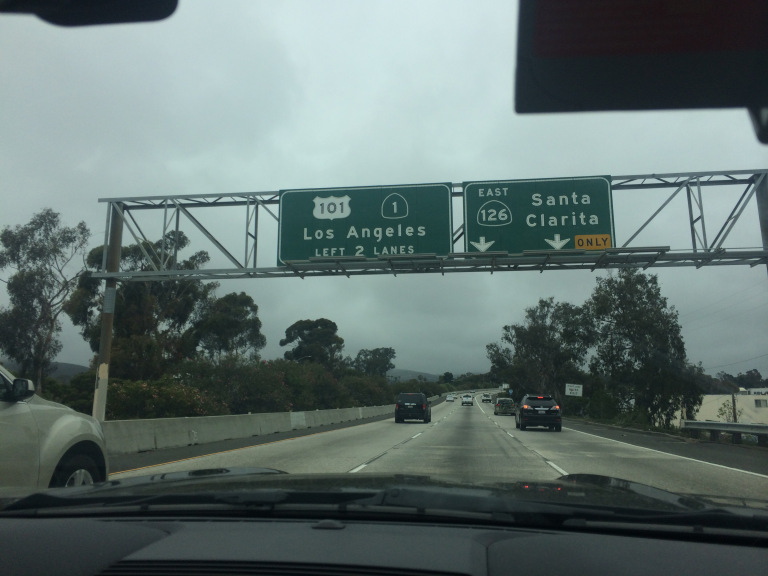 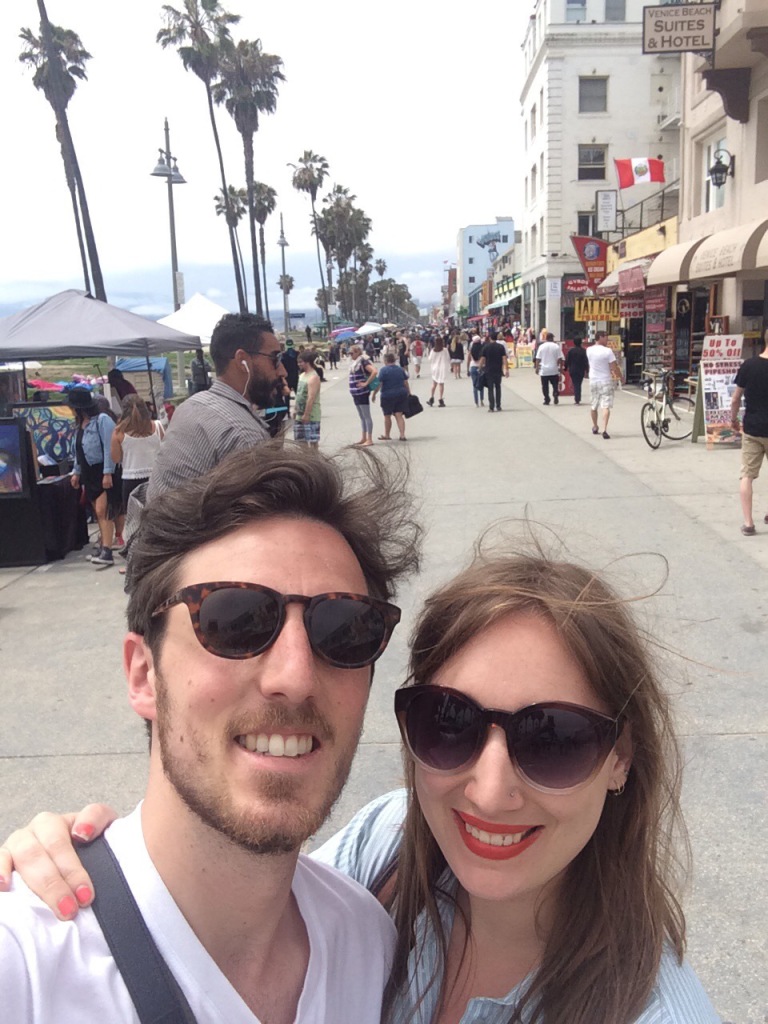 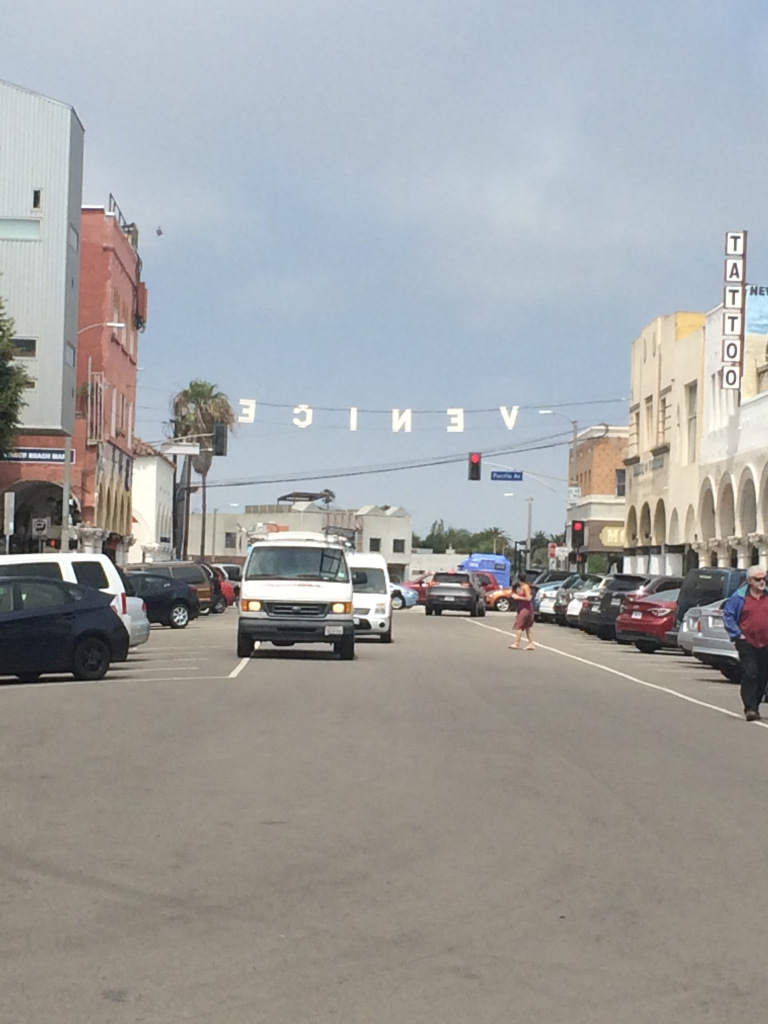 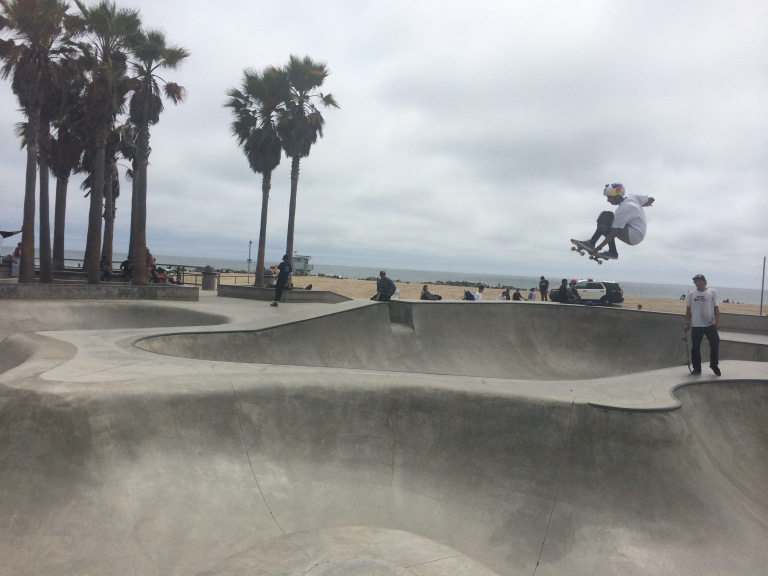 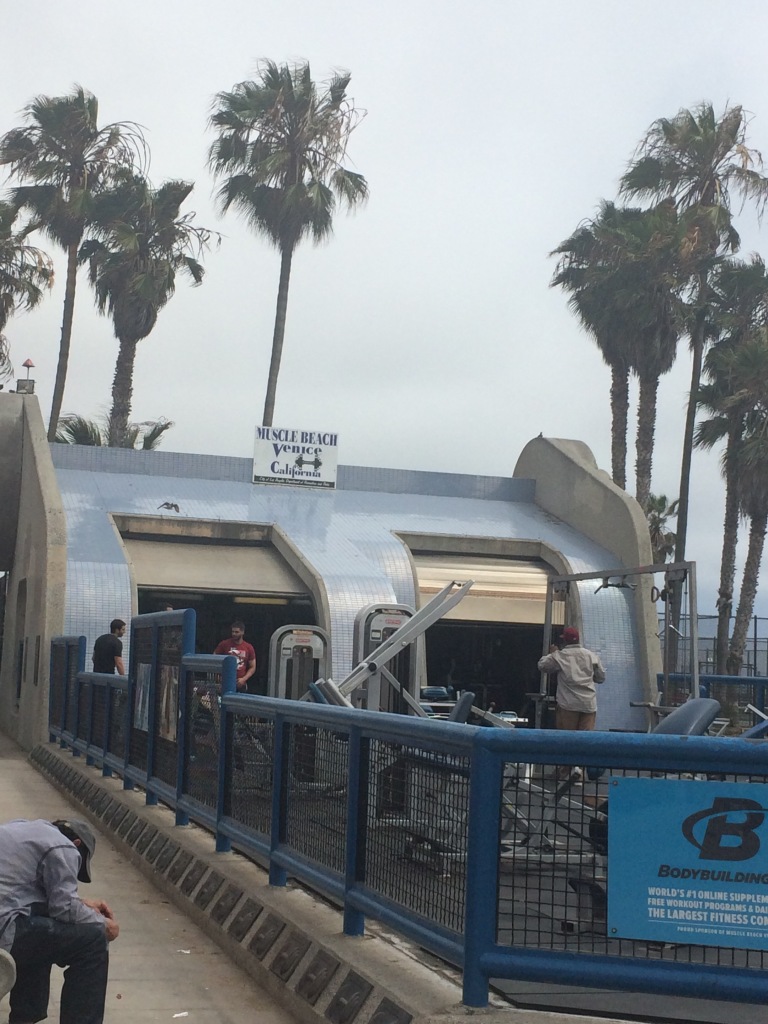 A little while later we hopped back in the car and headed towards Hollywood! Even writing that makes me pinch myself – it felt so surreal actually visiting all these places. The one thing we had heard about LA before we visited was that the traffic was horrendous – that could not be any closer to the truth. We probably spent 90% of the day in the car moving an inch at a time – although I guess this did let us properly take in all the sights and surroundings. To get to the Hollywood hills we drove up Route 66 (eeek!) and up past Rodeo Drive and Beverley Hills – it was crazy seeing all these places in real life. 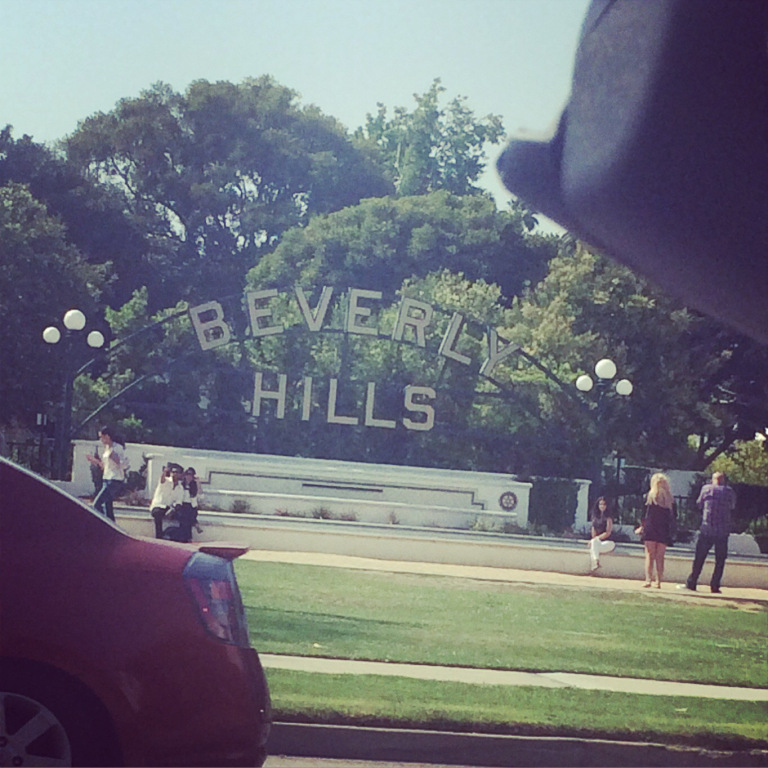 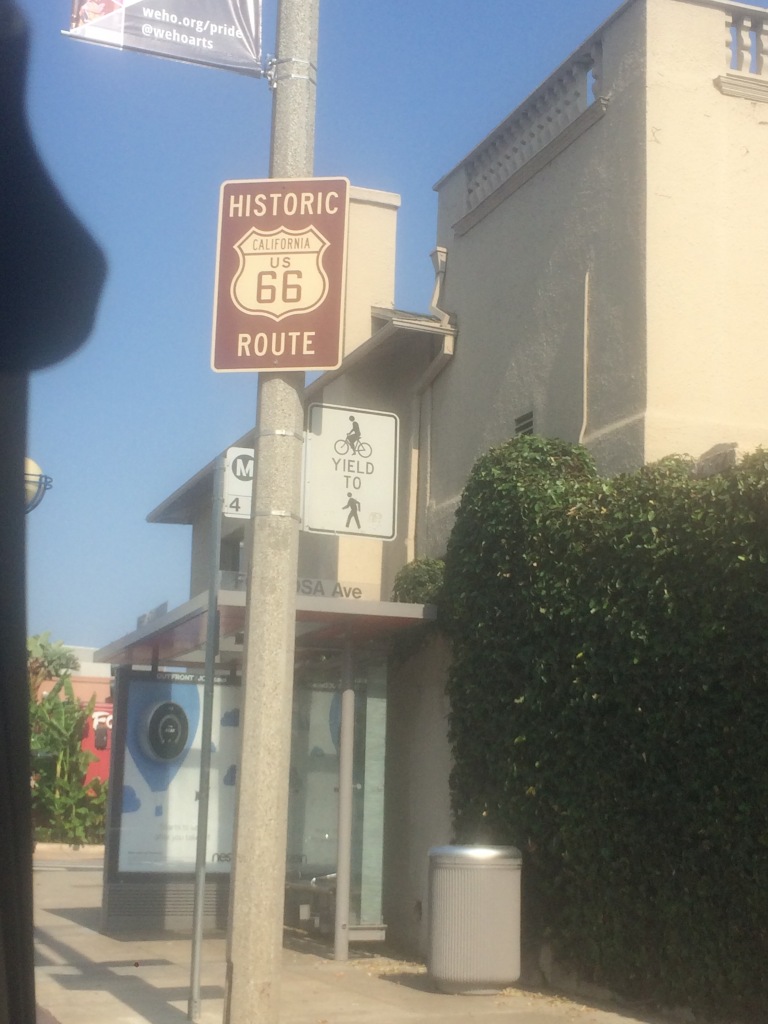 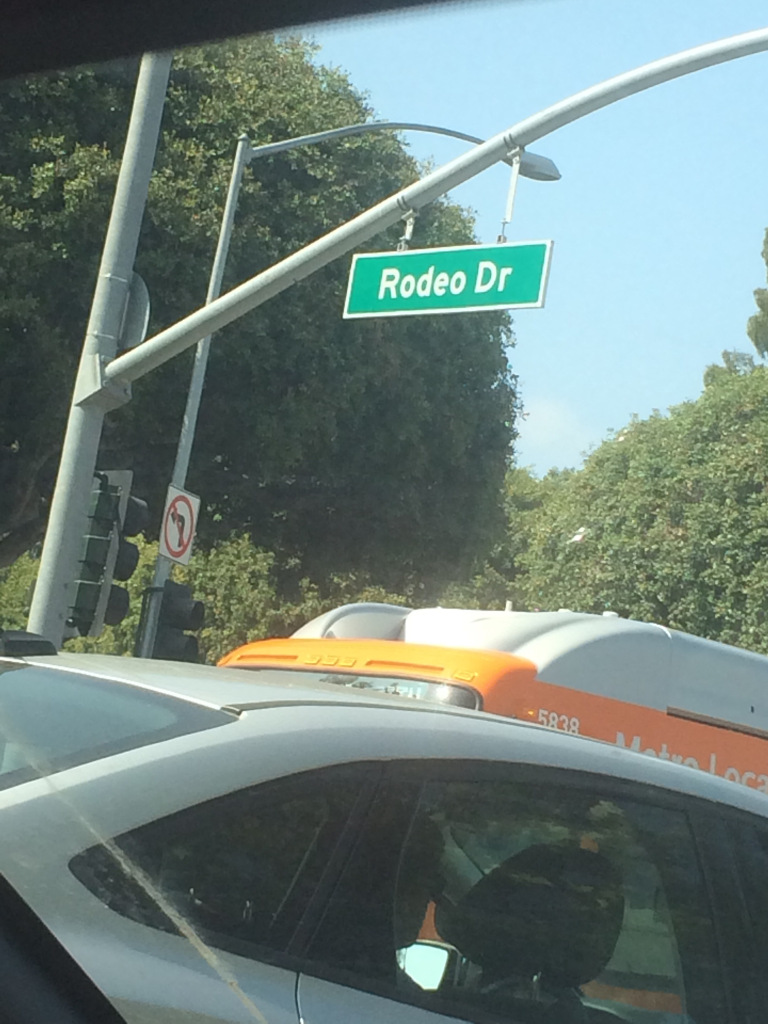 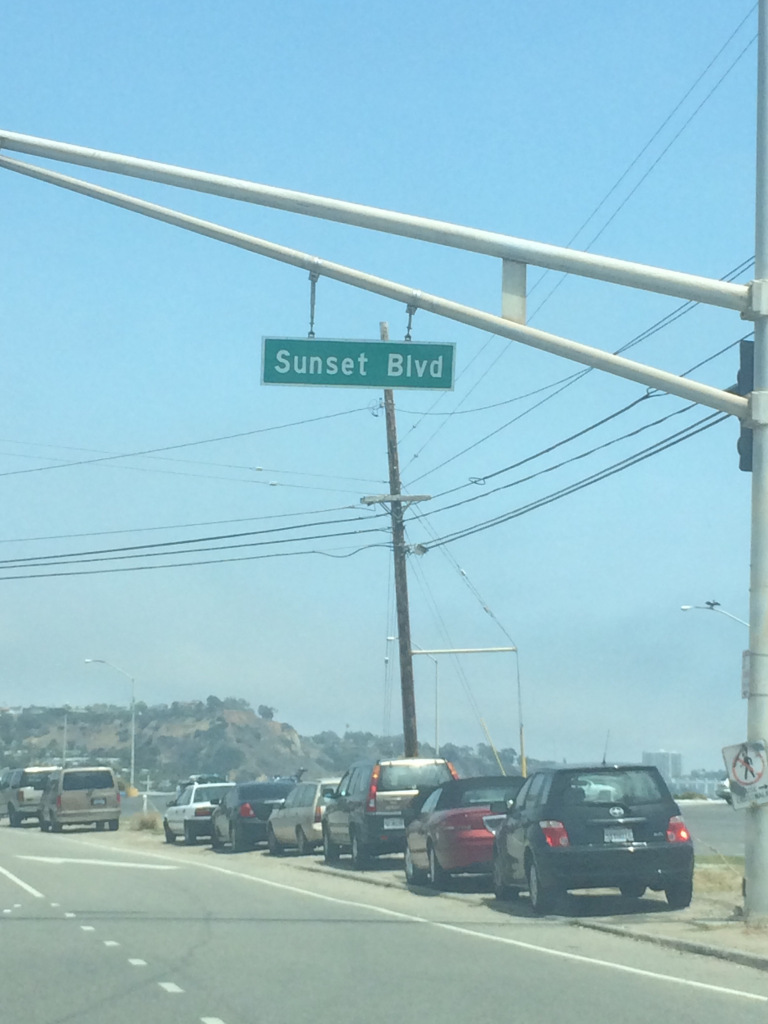 Through some research online I had read that the best place to see the Hollywood sign is up Canyon Lake Drive. Luckily we could drive all the way and got some fantastic photos. 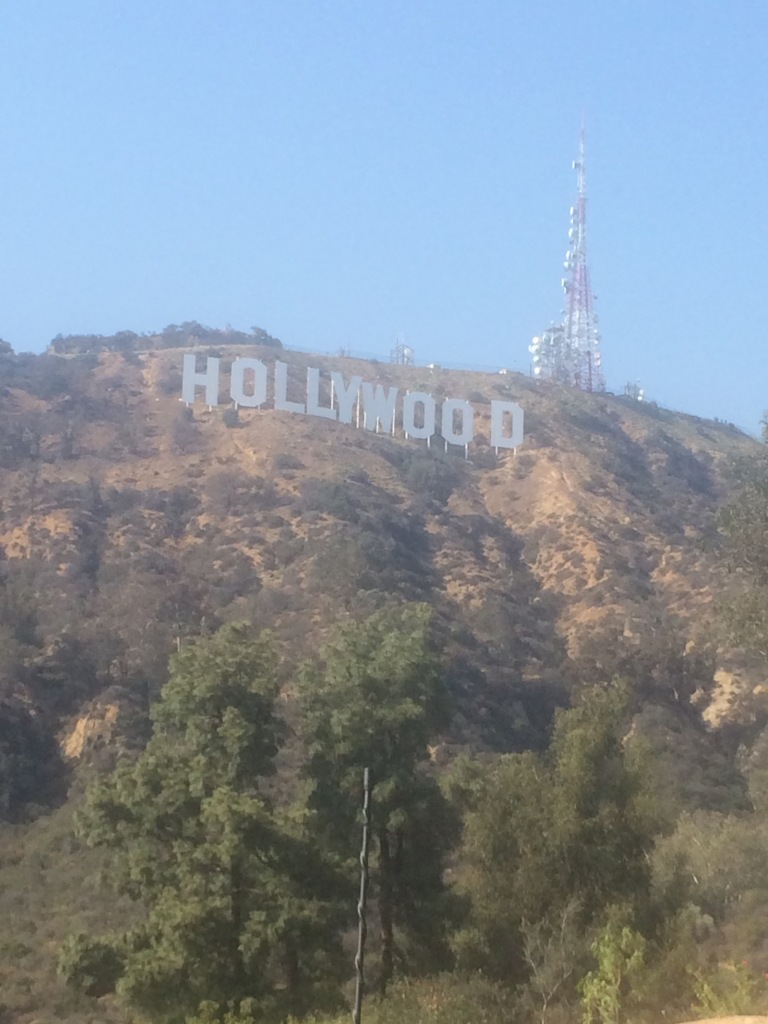 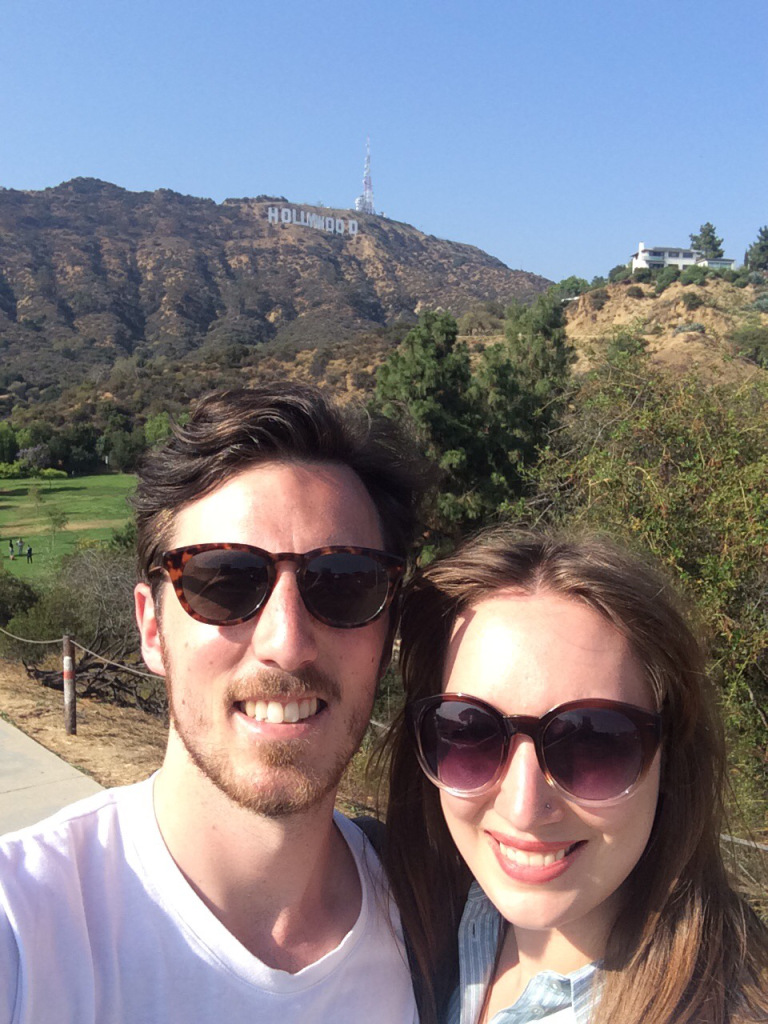 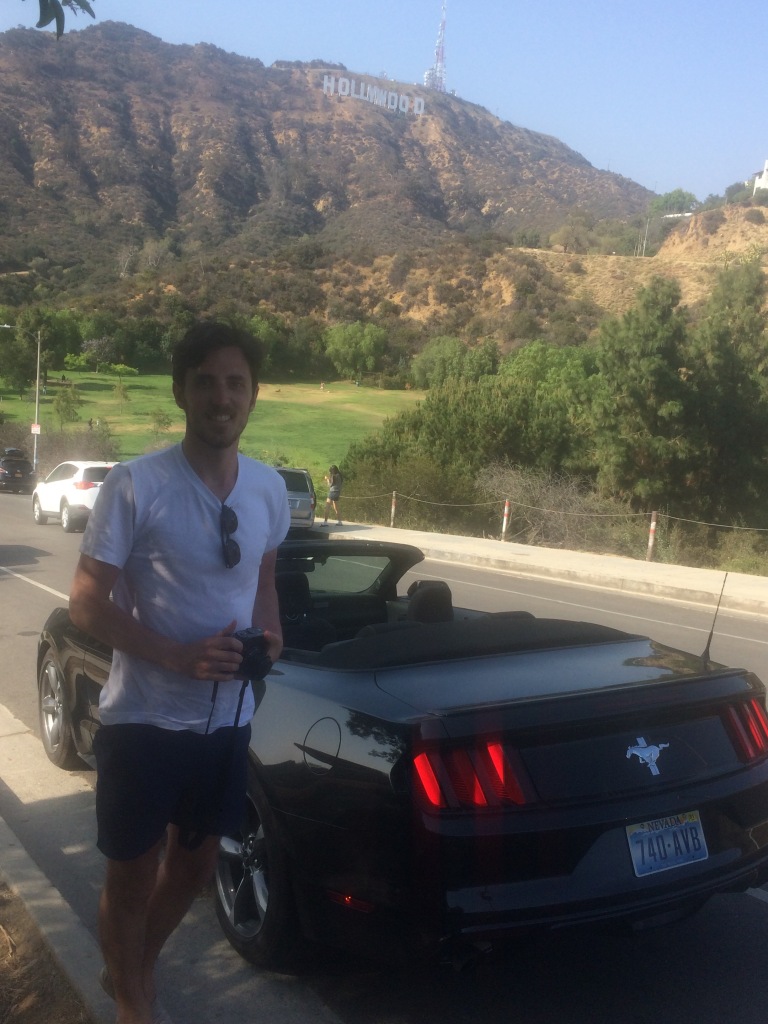 The next stop on our LA list was a bit of a different one, and one which Miles still gripes at me for today. My favourite film in the entire world is Father of the Bride and it has been a dream of mine since I was little to visit the beautiful house of George and Nina Banks. When I was planning our day in LA I noticed that the town of Pasadena (where the actual house is) was only a short 20 minute drive away. OK so I should have realised that 20 LA minutes actually meant closer to two hours – but we eventually made it and I actually thing I let out a little squeal when I saw the house! It was amazing. I probably owe Miles for the next 10 years for that little diversion! Well worth it though.. 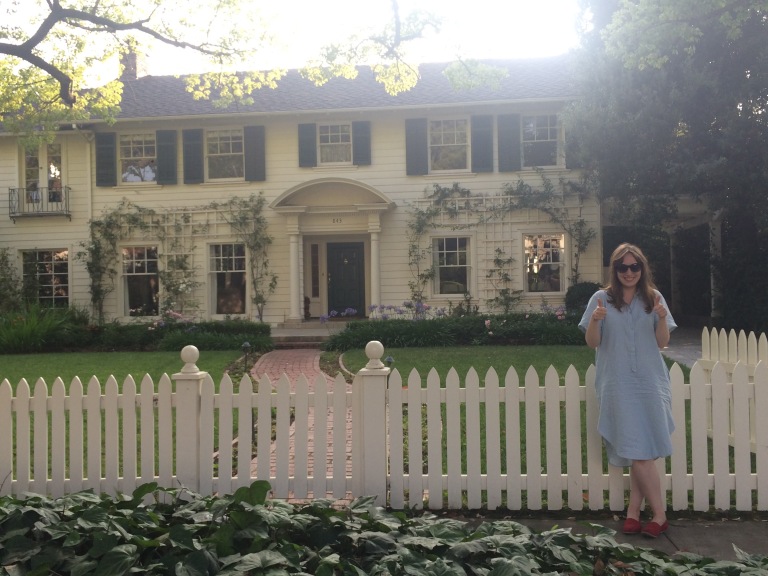 From one childhood memory to the next, we departed Pasadena and headed to the famous Laguna Beach for the evening. Anyone of our generation will have spent many of their teenage years catching up on what Lauren Conrad, LC, Kristen and Stephen were up to. I used to dream about growing up in a place like that (leafy Surrey didn’t really compare) so it felt very surreal actually being in the little town. Our accommodation for the evening (which we luckily found on arrival) was the Pacific Edge Hotel which was conveniently right on the beach. After unpacking our stuff and having a quick change we started having a wander around the town, although it was dark it still brought back many memories. We headed to Nick’s for dinner and had the most delicious meal courtesy of my mum! It was probably our poshest meal of the trip and was such a treat! After filling ourselves with delicious grub we left the restaurant to check of Laguna’s night life. Surprisingly the town had quite a fun side to it, so we had great evening drinking probably the strongest G&T’s listening to a live band at Henesseys. 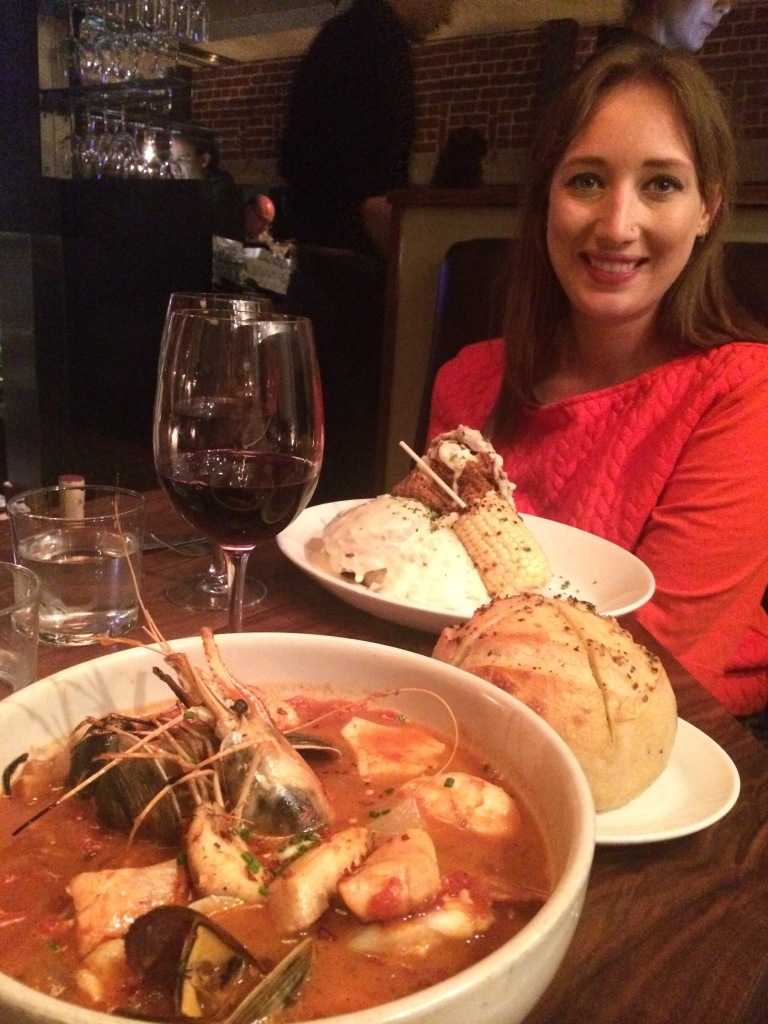 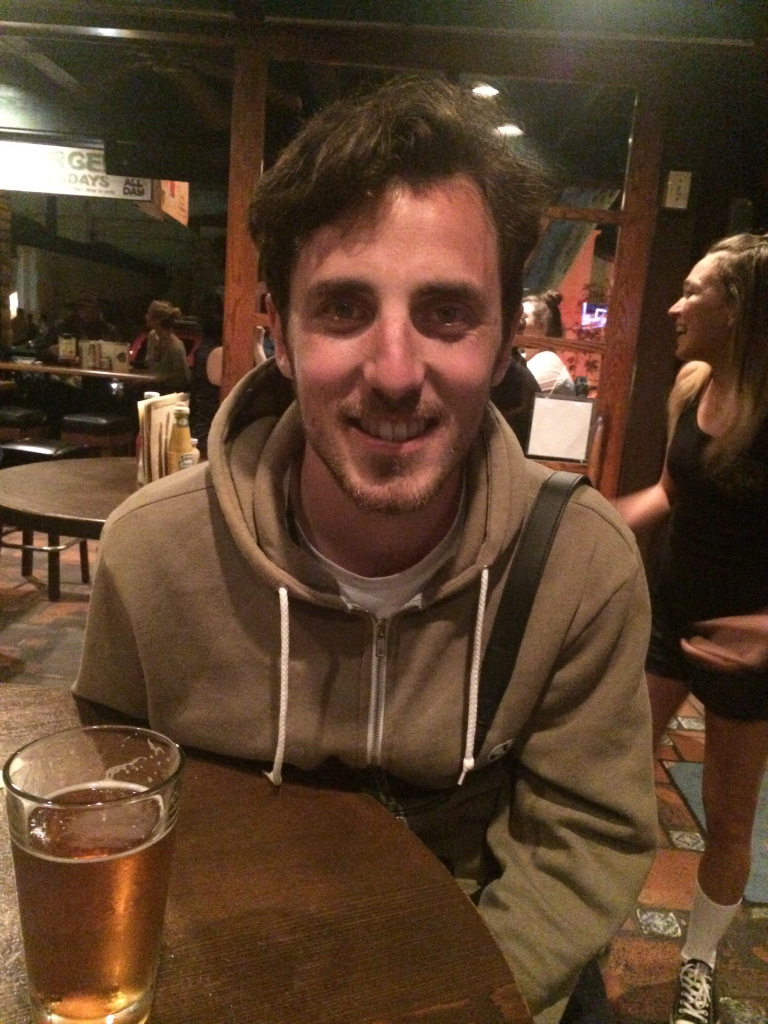 The next morning was our last day on the PCH as we would be finishing the drive and leaving the car in San Diego. We woke up early and decided to wander around Laguna Beach in the daytime. This was when all my teenage memories came to life recognising things like the Laguna Cinema, the surf shop Stephen worked in and the lifeguard tower – it was very surreal! We had a nice wander down the beach, but it was a bit of a cloudy morning. We then headed to the big Wholefood’s in town and grabbed breakfast burritos for the journey (just a little tip – breakfast burritos are not conducive to returning a car in a clean state – those little buggers go everywhere!). Breakfast in hand we hopped into the car and bid farewell to Laguna Beach and enjoyed the last stretch of Route One. Next stop – San Diego! 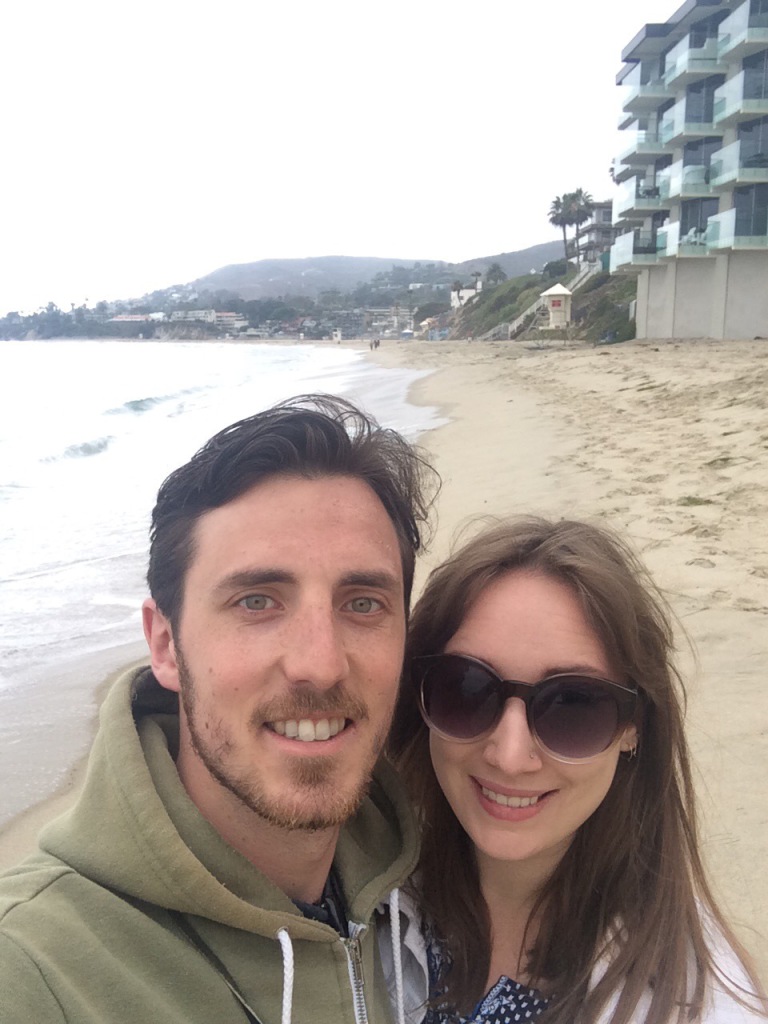 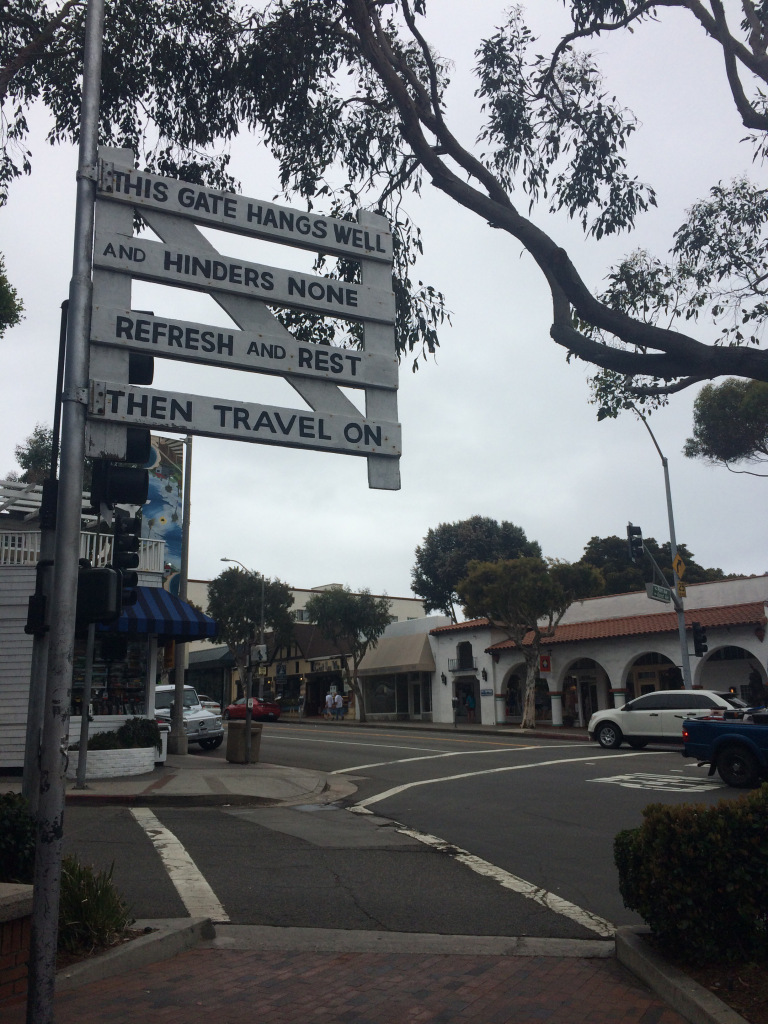 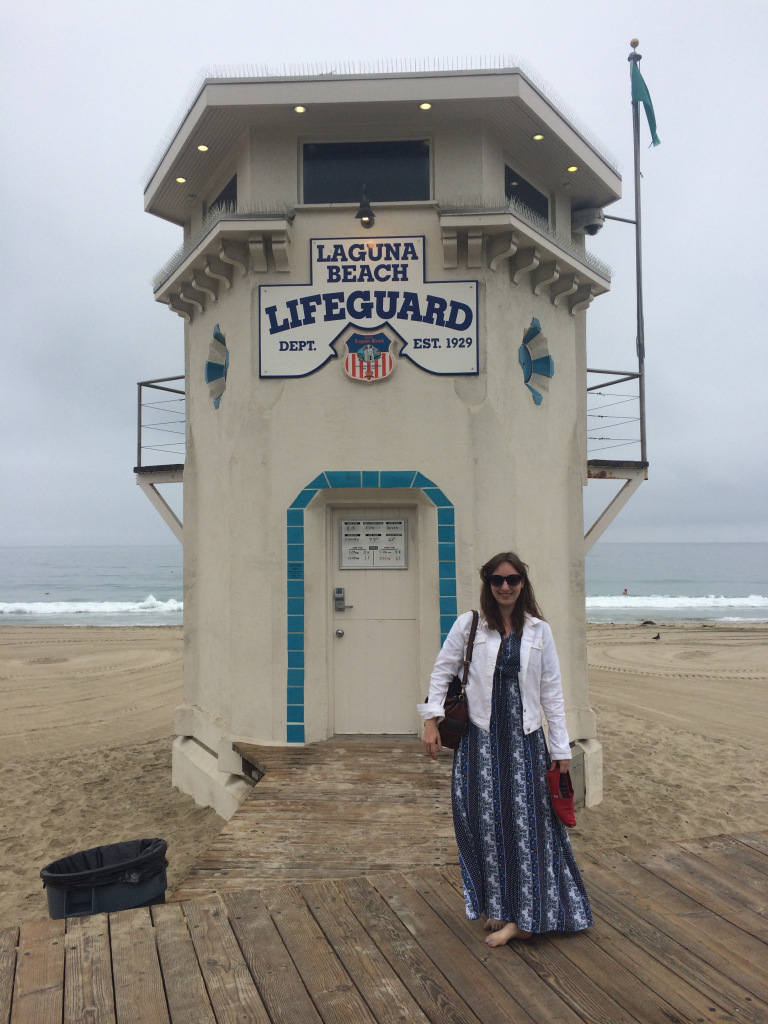